This important briefing examines the ruling, and its implications for UK employers.

Please note: If you might like to endorse or sponsor the event, please see how to get involved here.

Want to run this course in-house?

We can tailor any of our events to run in-house for your organisation, find out more here

Which functions will benefit from attending

Welcome and outline of the day 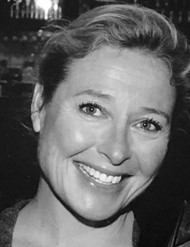 Elizabeth is director of research and a founding co-director at Business Forums International. She is responsible for all programme content and writing, and researches current areas of interest for senior HR professionals in large organisations. BFI is the UK’s leading HR risk specialist conference and training provider, delivering key and timely information to over 3,000 delegates a year both through public and in-house training courses. Before founding BFI in 1996, Elizabeth specialised in researching corporate financial programmes in Asia and the Middle East, based in Dubai. She also worked in advertising and publishing in the Middle East and London. Elizabeth was educated in the West Indies, Saudi Arabia and Belgium before reading Modern Languages at Durham University. She is currently developing an online training course for line managers to raise awareness of menopause symptoms and ways that employers can work to make their workplaces more inclusive.

A warm welcome on behalf of BFI and a look at the topics covered, how to get the most of the briefing as a delegate and an update on any developments in the area since we published the programme.

Legal analysis of the ruling: what does this really mean for Uber and other gig economy employers? 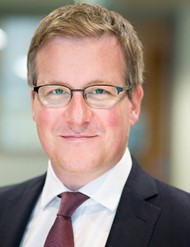 Paul advises companies, charities, LLPs and senior executives on all aspects of employment and partnership law. His day-to-day practice involves dealing with the full range of employment law and partnership issues. This can range from negotiating complex contracts to pursuing and defending high-value claims. Paul has a particular interest and expertise in the law on status and discrimination having fought a numbering of the defining cases in these areas. His clients include PLCs, international charities, media and technology businesses, senior executives and start-ups. He has been recognised for a number of years as a leader in the field of employment law by the leading legal directories and frequently provide commentary for television and news media. He regularly speaks at HR and legal conferences and he oversees the employment team’s annual seminar programme.

Legal implications: preparing for changes to employment status in 2021 and beyond 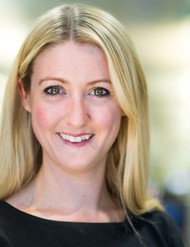 After qualifying into Druces LLP’s Employment team in 2014, Rachel gained experience advising on contentious and non-contentious matters for both employer and employee clients across a wide range of sectors. She has considerable experience in the financial sector and on negotiating exits for both the employer and the employee. Rachel joined the Employment team at Bates Wells in July 2016 and now acts for household name commercial entities, charities, partnerships and senior executives. Bates Wells practice includes negotiation of exits, advising on restrictive covenants and advising employers on dismissals including discrimination issues. She also undertakes a broad range of contentious work on cases in the Employment Tribunal, Employment Appeal Tribunal and Court of Appeal including in relation to worker status, discrimination and whistleblowing.

Stretch your legs, rest your eyes and check your emails if you need to.

An unmissable chance to quiz the experts on this ruling, what it means for UK employers, as well as for your own organisation. Delegates may submit questions prior to the day, but will also be encouraged to engage personally in this important discussion and analysis. 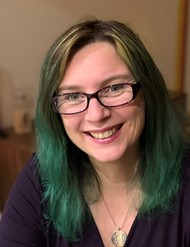 Julia is founder and director of IWORK (www.iwork.co.uk), which was set up in 2020. Championing independent work, the website provides a wide-range of valuable resources to help all types of independent workers: gig workers, agency workers, temps, contractors, freelancers and the self-employed to better understand the business of working for themselves. Julia is a podcaster, network builder and campaigner. She has significant knowledge, experience and insight into the legal and tax issues affecting the independent workforce. Prior to IWORK, Julia spent 7 years as CEO of FCSA, a compliance accreditation body for accountants and umbrella firms. Here she led unprecedented growth, successfully increasing the profile of FCSA, extending influence within the government, and raising standards within an often-misunderstood sector. Julia left FCSA in a position of strength, in order to launch IWORK and have a direct impact on the independent workforce that she is so passionate about supporting.

Chief Executive
Royal Society for the encouragement of Arts, Manufactures and Commerce (The RSA) 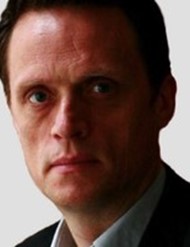 Chief Executive , Royal Society for the encouragement of Arts, Manufactures and Commerce (The RSA)

Matthew Taylor CBE FAcSS is a British former political strategist and current Chief Executive of the Royal Society for the Encouragement of Arts, Manufactures and Commerce (RSA) in the United Kingdom since 2006. In 2005, he was appointed by incumbent Prime Minister Tony Blair as head of the Number 10 Policy Unit. He is a writer, public speaker and broadcaster who has been a panellist on BBC Radio 4's The Moral Maze since 2008. In October 2016, he was appointed Chair of the Review of Modern Employment established by Prime Minister Theresa May; the Taylor Review report Good Work was published in July 2017. 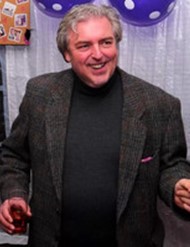 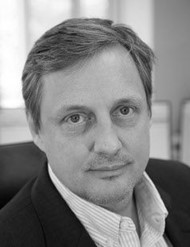 Dave Chaplin is the CEO and founder of contracting authority ContractorCalculator and tax compliance firm IR35 Shield. Dave was an IT contractor before founding ContractorCalculator in 1999. IR35 Shield enables firms, agencies and contractors to remain compliant with the Intermediaries Legislation (IR35) and Off-Payroll legislation. Dave is the author of the Contractors’ Handbook Third Edition and more recently IR35 & Off-Payroll – explained. He assists with IR35 tax tribunals, has consulted on many occasions for HMRC, advises politicians and Government bodies on freelance tax matters, and is prolifically quoted in the trade and national press. In November 2020, Dave was included in the Staffing Industry Analysts (SIA)’ list of Europe’s 100 most influential leaders in the staffing industry. 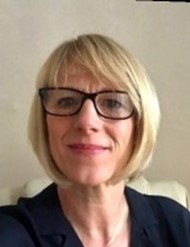 Rebecca set up her legal consultancy, Re Legal Consulting Ltd, when the Inland Revenue brought in the IR35 tax initiative some 20 years ago. Since then Rebecca has specialised on IR35, off-payroll working and the employment and tax status of the self-employed and personal service companies. She works with clients nationally and internationally, the private and the public sector, with representative organisations and government. Rebecca was seconded to the Office of Tax Simplification (an independent body of HM Treasury) as a Senior Policy Adviser to advise the government on employment and tax status. Reporting direct to the Chancellor, Rebecca was part of a small team of experts who drafted the Employment Status Review 2015 and the Small Company Taxation review [2016] leading on the taxation of nano companies and the self-employed. Rebecca developed the concept of SEPA, providing a vehicle to the self-employed to be able to protect the family home. Rebecca was also a representative on the Cross-Government Working Group on Employment Status and also published the review into the taxation of the Gig Economy. She is a member of the Tax Faculty of the ICAEW and is a consultant to the British Universities Finance Directors Group (BUFDG) and Urgent Health UK, amongst others. She has recently written a book called CEST Explained which, as the title suggests, explains HMRC’s digital tool Check Employment Status for Tax. During the pandemic, Rebecca drafted the Directors Income Support Scheme (DISS) and the Targeted Income Grant Scheme (TIGS) and worked with the FSB, the ACCA and the All Party Parliamentary Group for Gaps in Support. The policies were sent to HM Treasury to try and find a way to support those who had been excluded from financial assistance.

Experts in this area will debate the future of online platform work such as Handy, Deliveroo, Upwork and other zero hours and self-employment trends in the context of the way in which the court framed the Uber decision. We will also examine the need to clarify UK employment status in the light of the pandemic and the crucial steps UK employers need to take right now to ensure their Modern Slavery Statement is workable, as well as ensure they are protected against similar claims and reputational risks.

Contact us to book or discuss our events & services

We can tailor this course to run in-house. Find out more